The Meaning of True Wealth

Many people associate wealth with money or power. But wealth is so much more than money. Money is merely used to buy stuff, which you can get by other means as well - and live an abundant life without a lot of money. 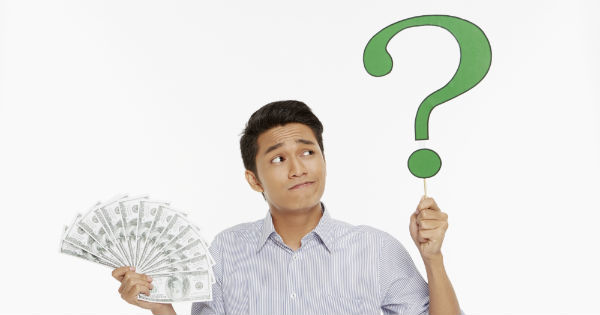 True wealth is found in love. Love increases our dopamine levels, makes us feel good and makes life worth living. When you have no one to love, life makes much less sense. You can have both money and power and still be miserable, alone, unhappy and far from abundant.

Similarly, without friends live has less meaning. Find good friends and they can make you happier in many ways. From reducing our stress when we hit tough times because they are there to cheer us up, to talking about things that are meaningful to us with somebody who understands; just being around a friend in a good mood will put us in a good mood too - and not to mention that friends kind of make us who we are - because we are the sum of the people closest to us.

Finally, if we haven no freedom to do with our life what we want, material wealth is meaningless. It doesn't help us nearly as much as people think.

Science tells us it is how you spend the money that can make you happy. Spending money on experiences is what adds to happiness, as well as being generous to other people.

But even then, when our basic needs are taken care off, we are much less prone to focus on money and instead look for a more meaningful job, a city we enjoy more, to hang out with people we like more... Instead of going for more money.

I am not one to argue that having a lot of money is bad (as the story below might suggest it), merely that having money is far from the only or the most important factor that makes us lead a happy life.

Please Enjoy the Story that Illustrates the Meaning of True Wealth.

There was a girl, whose family was very wealthy

. One day, her father took her on a trip to the country, where he aimed to show his daughter how poor people live.

So they arrived at a farm of a very poor family. They spent several days there. On their return, the father asked his daughter if she liked the trip.

"Did you notice how poor people live?" - asked the father.

The father asked his daughter to tell in more detail about her impressions from their trip.

"Well, we have only one dog, and they have four of them. In our garden there is a pool, while they have a river that has no end. We've got expensive lanterns, but they have stars above their heads at night. We have the pation, and they have the whole horizon." - said the girl, and then continued:

"We have only a small piece of land, while they have the endless fields. We buy food, but they grow it. We have a high fence for protection of our property, and they don't need it, as their friends protect them."

The father was stunned. He could not say a word. Then the girl added:

"Thank you, dad, for letting me see how poor we are."

This story shows that true wealth as well as happiness is not measured by material things. Love, friendship and freedom are far more valuable.

If you connected with this message, please share it with a friend.