How the Law of Attraction Works: Ordering from the Universe is the Same as Ordering in the Restaurant

The universe you live in works very much like a popular restaurant. You go in, you decide what you want, you order it, you receive it, and you digest it - and that is how the law of attraction should be used in a nutshell.

Unfortunately, a lot of people don’t seem to know how to order. Some are downright inept at it.

They walk into this restaurant, behave like complete idiots, and they end up hungry and disappointed. Then they complain about the restaurant and post negative reviews online, despite the fact that the restaurant has received rave reviews from the most experienced food critics. 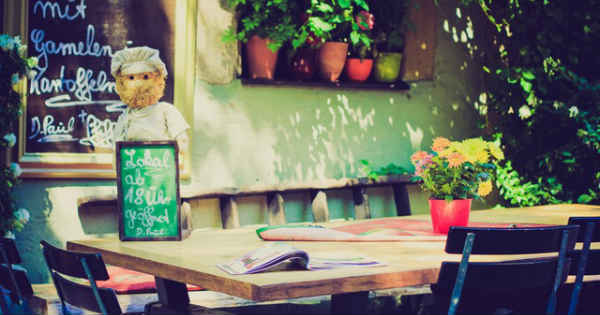 I can’t tell you how many times I encounter people who set goals like, “I want a romantic partner,” or “I want a stable job that pays more money,” or “I want to lose weight and be in good health.” I’ve heard enough of this drivel to last a lifetime. It’s reached the point where I may start carrying around a squirt gun and shoot people in the eye when they say stuff like this.

Those are crap goals. Don’t waste your time on them. And definitely don’t say them within earshot of me.

Setting such goals is the equivalent of walking into a restaurant and proclaiming, “I’m hungry. I want some food.”

If you’re lucky, someone might hand you a menu and ask you what you’d like to order. You can order off the menu, or you can concoct something creative, but either way you have to be specific. If you just stand there asking for food, you’ll remain hungry.

. If you can’t do that — and it matters not what excuses you have — you will remain hungry.

Manifest your desires like a pro with our manifestation mastery collection.

What does it Mean When My Intentions Manifest Only Partially. 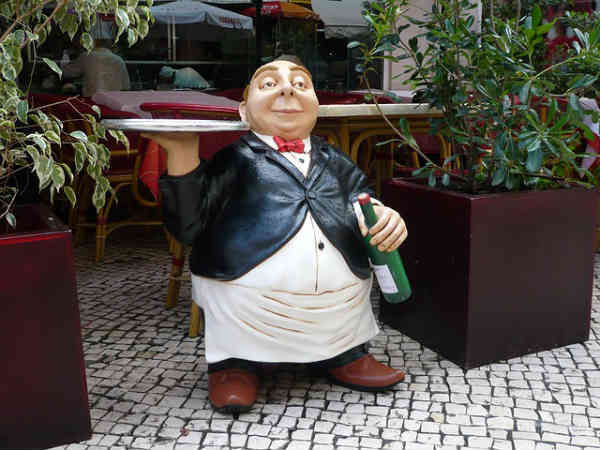 Sometimes the universe will take a stab at bringing you what you ask for. Then you reject it because, although it’s what you asked for (such as a generic “romantic partner”), it isn’t what you actually want.

Then maybe the universe tries a few more times, and you continue to send back whatever it brings you. So eventually it gives up, concluding that you’re an unreasonable customer and that it’s better off spending its time and energy serving the patrons who know how to place an order properly.

It says, “Ok, we’re done for now. Call me back to your table when you’ve figured out what you actually want.” You need to be specific in order to be able to deliver your intentions.

How to Order from the Universe. 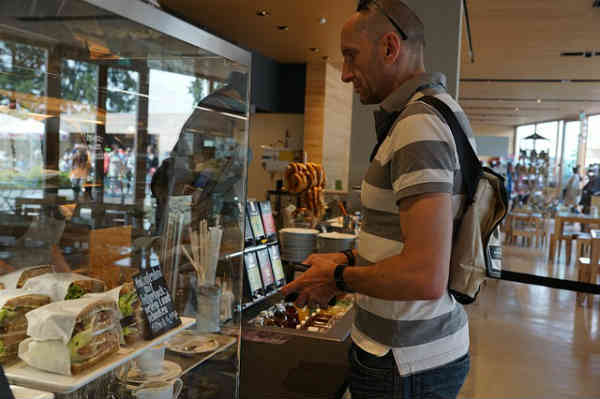 When you set goals and intentions, place an order. Don’t ask, “Please can I…?” Simply order, much like you would in a restaurant. Say, “I’ll have the…” Then expect to receive what you order.

Don’t be timid or cowardly or uncertain. Just state your order, and expect to get it. If you screw this up, no soup for you.

Take as much time as you want to decide what to order, but when you place your order, accept what you ordered, and know that you’re going to receive it.

You may have some buyer’s remorse if it’s not as good as you hoped, but that’s okay. Receive it anyway. There will always be other meals, other orders. Not everything you receive will taste like ambrosia. 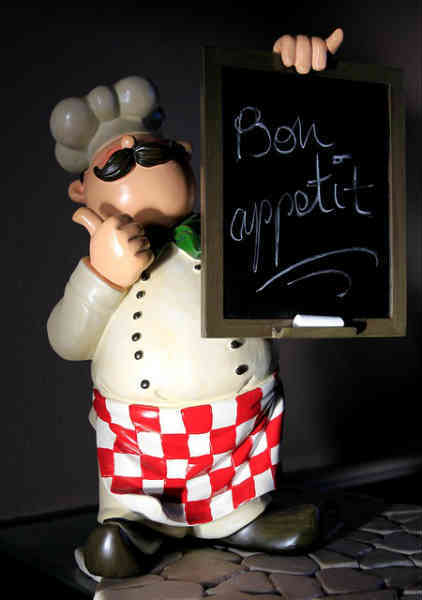 One of the best ways to get what you actually want is to take your best guess, and order it.

When you get what you asked for, it may not be quite right. That contrast between what you received and how you feel about it will give you a better sense of what you actually do want. Then you can make a better guess and take another stab at placing an order.

As you repeat this process, you’ll gradually hone in on what you actually desire most at a very deep level. And then you’ll get a chance to receive and experience it fully.

Realize that this is an iterative process. Don’t be a perfectionist. That’s like sitting in a restaurant for hours, trying to decide what you want, while the impatient waiters periodically refill your water glass and pressure you to order something.

It’s just a meal, so make a decision, get fed, and get out. Even if it turns out to be less than you hoped for, there will be plenty of other meals. The occasional bad meal is inevitable.

How to Be an Idiot Who Can’t Order at a Restaurant. 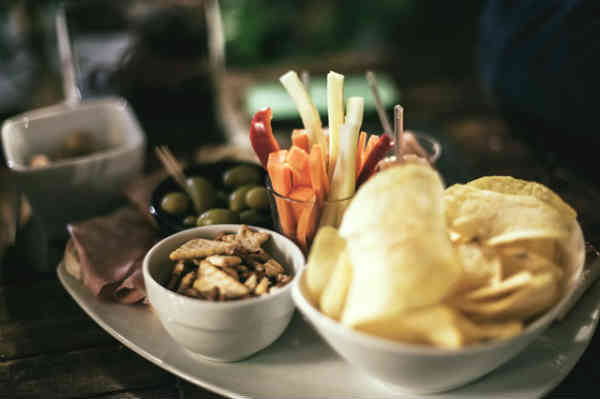 What happens if you change your order before you receive it?

Same thing that happens in a real restaurant.

What would happen if you grabbed the waiter and changed your order before it arrived? No problem, but you’ll have to wait even longer because the waiter has to cancel the original order and then submit the new one. And if you keep doing that over and over, you’ll piss off the waiter and will never receive a meal. Have you been doing something like that in real life? Blue… no red… no blue! Ahhhh!

What happens if you order something, and then when you get it, you don’t like it?

You can eat it anyway, or you can send it back.

Either way, there will be other meals. You can always order again. Learn from the experience, and do your best to make a more intelligent choice next time.

What happens if you complain about the way the system works? 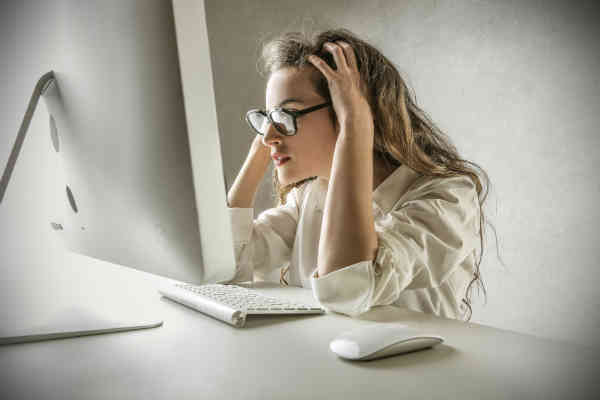 It’s not fair! I can’t figure out what I want! I keep going back and forth between two possibilities! Stop pressuring me!

You’re free to do that, but the system will process you like an idiot. Again, that’s only because you are.

If you rail against the system, it’s not going to work for you. If you can’t follow the simple rules, the system will process you like an idiot customer till you figure it out.

Here are the rules: Decide what you want, order it, receive it, and digest it. It’s not rocket science. Don’t make it complicated. It’s easier to follow the rules than it is to break them. Even a child can do it.

You Have a Choice - Order (Manifest) What You Want or Keep Messing Up the Order. 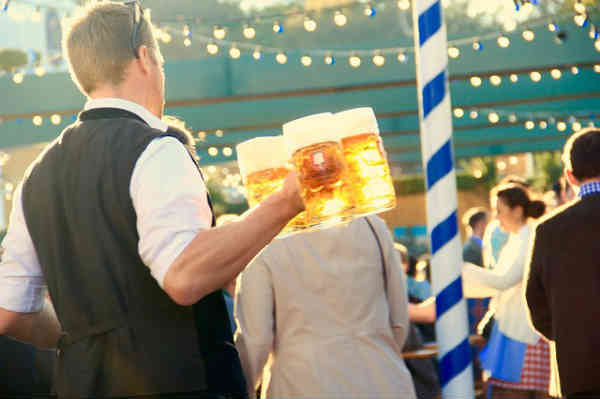 Despite the obvious drawbacks, you’re still free to behave like an idiot customer whenever you choose.

Technically speaking, this isn’t a problem. The Universal Restaurant is robust enough to handle people like you. It will process you without prejudice.

However, you won’t have a very good experience, and in the end you’ll be disappointed with the food and/or service.

Other members of your party will also be disappointed, either with the restaurant or with you personally. No one at your table will seem to be having a good time unless you order properly. If you screw it up, you’ll ruin everyone’s evening.

This restaurant, however, is perfectly capable of preparing the most amazing gourmet meals you could ever fancy. You just have to order properly. Be specific. Be clear, direct, and confident. Be audible. And don’t keep changing your mind after you’ve placed your order.

When you receive your order, accept it with gratitude.

Work with the rules of the Universal Restaurant to enjoy the best meals of your life.

Note: The Universal Restaurant is not to be confused with The Restaurant at the End of the Universe. I know that’s what you were thinking. :)